GETTING TO GRIPS WITH “ZIONOPHOBIC THUGGERY” 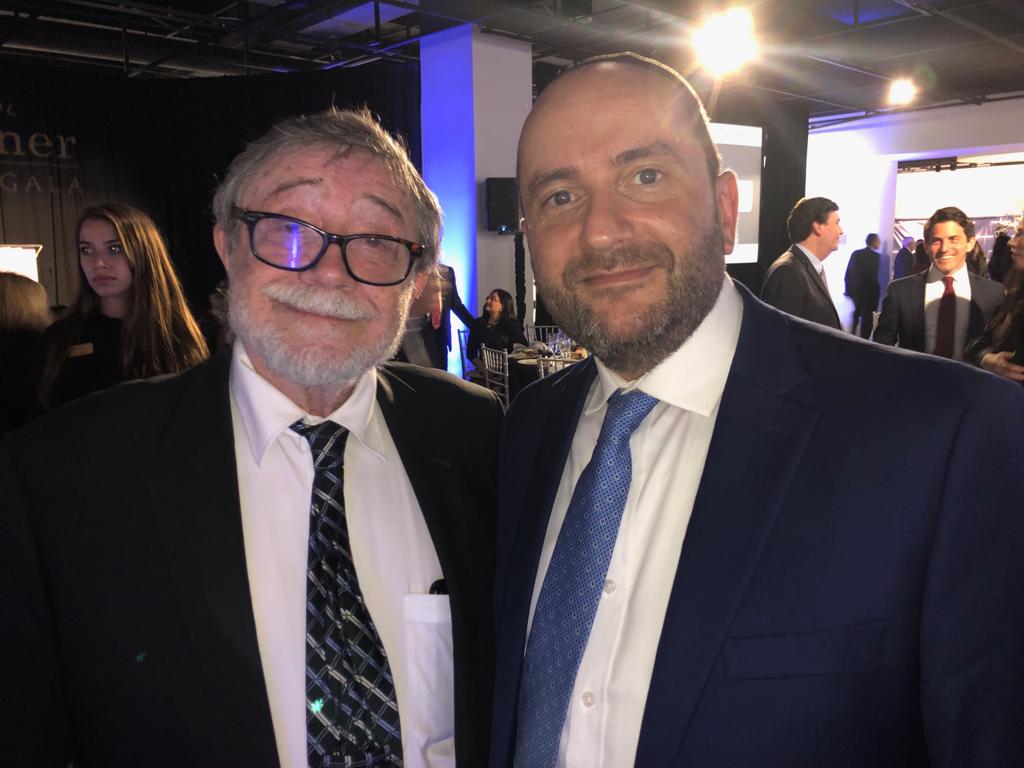 This week, I was honored to receive an award from The Algemeiner at their inaugural West Coast Gala.

Also receiving an award was the late Daniel Pearl, whose shocking beheading execution by Al Qaeda in 2002 reinforced the horror of the threat this nihilistic group posed to the world.

Daniel, the South East Asia bureau chief for the Wall Street Journal, was based in Mumbai, India, where he focused on cutting edge news stories relating to the United States’ War on Terror launched in the wake of the 9/11 attacks.

On January 23, 2002, he was abducted by an Al Qaeda affiliate, and nine days later he was beheaded.

In a video released soon titled “The Slaughter of the Spy-Journalist, the Jew Daniel Pearl,” Daniel addressed the camera with just a few moments to live.

“My father is Jewish, my mother is Jewish, I am Jewish,” he said. “In the town of Bnei Brak,” he added, referring to the Jewish town founded in Palestine in 1924, “there is a street named after my great-grandfather Chaim Pearl, who is one of the founders of the town.” Daniel Pearl was a proud and defiant Jew until the end.

Accepting the award for Daniel was his indefatigable father, Judea Pearl, professor of computer science and statistics and director of the Cognitive Systems Laboratory at UCLA.

Since Daniel’s murder, Judea has relentlessly worked to draw attention to the dangers posed by influential individuals and organizations, including mainstream politicians and media outlets, whose agenda it is to reframe terrorism and radical extremism as a legitimate if response to circumstances that affect those they represent.

In a seminal 2007 Wall Street Journal article, he attacked former US President Jimmy Carter, whom he accused of whitewashing terrorist outrages:

“The clearest endorsement of terror as a legitimate instrument of political bargaining came from former President Jimmy Carter. In his book “Palestine: Peace Not Apartheid,” Mr. Carter appeals to the sponsors of suicide bombing. “It is imperative that the general Arab community and all significant Palestinian groups make it clear that they will end the suicide bombings and other acts of terrorism when international laws and the ultimate goals of the Road-map for Peace are accepted by Israel.” Acts of terror, according to Mr. Carter, are no longer taboo, but effective tools for terrorists to address perceived injustices.”

Recently Judea has had to contend with this problem on his home turf – the UCLA campus. After a mandatory anthropology class was told by Professor Rabab Abdulhadi that “those affiliated with Israel and pro-Israel organizations are white supremacists,” he asked Jerry Kang, UCLA Vice Chancellor for Equity, Diversity and Inclusion, to insist that Abdulhadi “apologize to the thousands of students and faculty at UCLA who are devout Zionists, whom she labeled ‘white supremacists.’”

In his acceptance speech at the Algemeiner event, which was followed by a standing ovation from an enthusiastic audience that included Simon Wiesenthal Center founder Rabbi Marvin Hier and Hollywood movie star Sharon Stone, Judea insisted that Daniel’s legacy would only be served if we stepped out of our comfort zones and called out what he eloquently called “ thuggery”.

If we remain huddled in our protective bubbles, we are failing our world’s future by allowing these mounting issues to go unchallenged, or at least . What Al Quaeda failed to do with terror, their polished allies will do on our campuses, in the media, and in the corridors of power.

There is a fascinating Talmudic debate regarding the desirability of a Nazirite vow, the details of which are found in the portion of Nasso.

Abstinence and may seem like a good idea, and perhaps in individual instances and for limited periods they are, but no group can function properly if it collectively withdraws ever further from the realities of the world around them.

Writing in the eighteenth century, the great kabbalist and ethicist Rabbi Moses Hayyim Luzzatto noted that excessive withdrawal is best defined as any kind of self-restraint or moderation that in the long-term leads to self-harm. He quotes the Talmud (Taanit 22b): “a person is forbidden to afflict himself lest he too weak to support those who need him.”

As hard as it is for us to accept, we are currently in an era in which we do not have the luxury to engage in self-restraint or moderation. As the world around us increasingly undermines the foundation of our hard-earned freedoms and status, both as Jews and as supporters of Israel, instead of pushing back hard, we instinctively retreat into echo chambers and safe spaces. But that is a grave error.

Every time we hear or read something offensive, we need to personally react and respond, venturing out of the safe zones we all inhabit to tackle the hatred at its source. We cannot afford to be Nazirites who abstain from the world in the hope that these problems and challenges will pass somehow, and the world will come back to its senses.

The world can only change if we become part of the process of change. we are in danger of becoming the victims of thuggery.