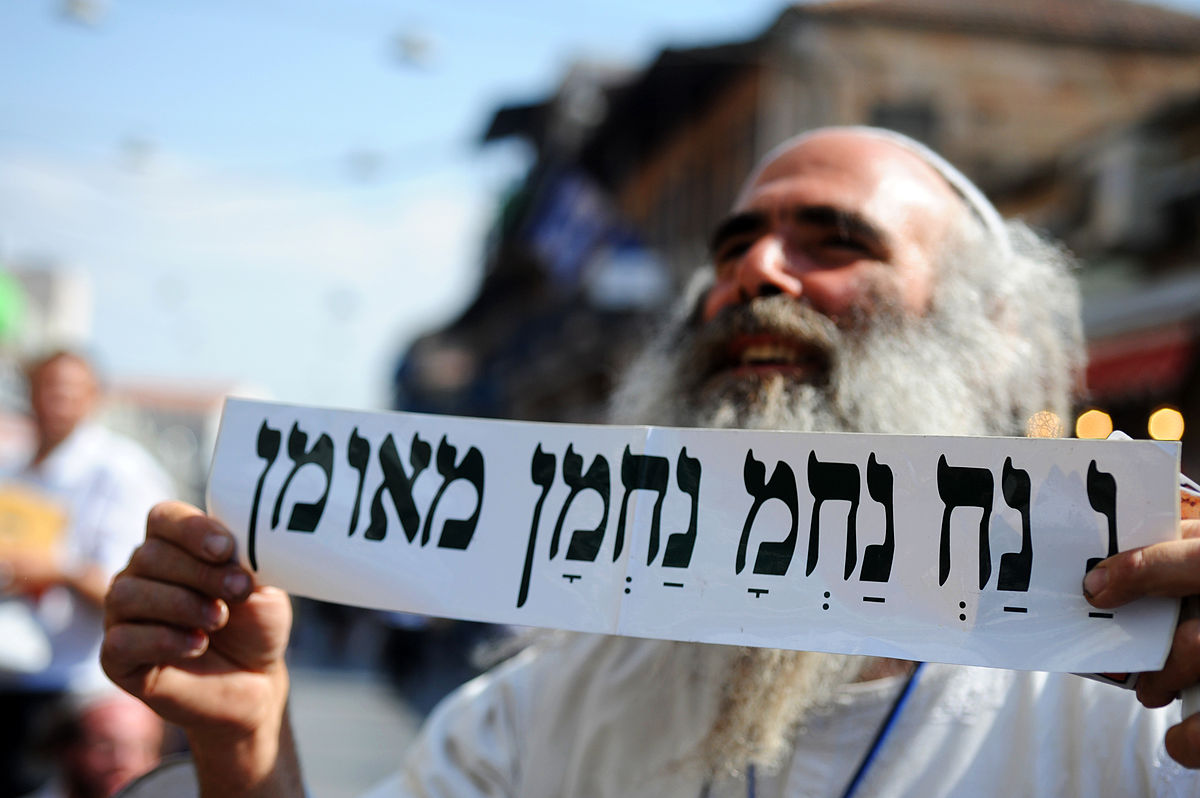 In 2010, at the invitation of a dear friend of mine, I went to Uman for Rosh Hashana.

Uman is a tiny town in rural Ukraine that has had no permanent Jewish population for almost a century. Nonetheless, it remains renowned within the Jewish world as the burial site of Rabbi Nachman of Breslov, the enigmatic Hasidic leader who died of tuberculosis in 1810 at the age of 38.

“Reb Nachman” left behind a legacy of teachings that continue to engage and impress all those who study them. Ranging from folk stories to kabbalistic insights, from ethics to an earthy philosophy, it is clear that he was possessed of a brilliant mind and an incredible insight into the human struggle to balance the harsh realities of routine existence, and the striving for a meaningful relationship with God.

Although he only had a small following when he died, and despite never having been succeeded by a replacement leader, his legacy has lived on as a result of a deathbed promise to personally intercede in the ‘Heavenly Court’ on behalf of any true penitent who visited his gravesite to recite ten specific chapters of Tehillim on Erev Rosh Hashana.

So, for the past 200 plus years, despite the ridicule and even hostility of other Hasidic groups, Breslov Hasidim have made their way to Uman for Rosh Hashana, to honor the memory of their departed leader and to celebrate the festival at his gravesite.

My friend was pushing at an open door as I had long been attracted to this pilgrimage. My first exposure to Breslov teachings was during my teenage years, through my close association with the late Rabbi Shlomo Carlebach. I began to read the works of Reb Nachman, and I particularly identified with his focus on joy and resilience as a way to overcome the stresses and strains of life.

At that stage, though, I was unaware of the pilgrimage. Indeed, it was only after the fall of the Berlin Wall in 1989 that the annual Uman pilgrimage really began to attract wider attention. Every year more people would go, and what started as just a few hundred people every year eventually evolved into thousands.

When I got back from Uman, I recorded my impressions of the visit in an article for London’s Jewish Chronicle. These were my thoughts, and I think you may find them of some interest:

“Rabbi Nachman of Breslov was reviled in his lifetime, even by his own family – one contemporary Chasidic leader is said to have guaranteed paradise for any antagonist of Rabbi Nachman. Nevertheless, his teachings and message are embraced across the spectrum of Jewish life, and he is revered by Jews of every level of observance.

“It was this exact thought that crossed my mind last week as I joined a record crowd at his gravesite in Uman, Ukraine, for the annual Rosh Hashanah pilgrimage. More than 25,000 men – the event is exclusively male – travelled from outside Ukraine to spend this auspicious festival in close proximity to Rabbi Nachman’s last resting place.

“What struck me first and foremost was the range of different types of Jew who made the effort to be there. No doubt there are other Jewish religious events that attract many thousands, and which are, in their own way, both impressive and moving. Take Meron at Lag B’Omer, or the Kol Nidre service at the massive newly-built Belz synagogue in Jerusalem. But I am certain that these events cannot compare to spending Rosh Hashanah in Uman.

“At Meron, you are attending as an individual or as part of a small homogenous group within the larger crowd. At Belz, or at any similar large gathering, unless you are one of the many regular members of the community, you will undoubtedly feel like an outsider, even if you may be struck by the solemnity and awe of the occasion.

“In Uman, there is no such thing as an outsider. Whoever you are, and wherever you are on the religious compass, you will be embraced and welcomed by everyone else who is there. And you will find yourself doing the same to them. Uman belongs to nobody, and so it belongs to everybody. What a way to spend Rosh Hashanah, when, according to our tradition, we are judged by God on the basis of how we judge others.

“At one point, as I led the prayers, the hundreds of people at our minyan spontaneously joined hands and danced; singing the same words, with the same tune. A Sephardi in full Yemenite garb went by hand-in-hand with a Satmar Chasid from Williamsburg. A long-haired Israeli sporting a Na-Nach kippah and a yeshivah boy from New York. And so it went on. No two people were alike. But all were singing with identical enthusiasm.

“Rabbi Nachman’s message of religion through joy, self-criticism and introspection, through non-judgmentalism, and eternal optimism, is reflected in this spirit of unity. Perhaps it doesn’t last much beyond the return journey home and no doubt Rabbi Nachman would have been the first one to admit that.

“That is why people come back year after year, and why new people join them. Because, as Rabbi Nachman says, just because the world isn’t perfect, and each one of us isn’t perfect, doesn’t mean we should stop trying to reach for the stars. And Rosh Hashanah in Uman, it would seem, has become the perfect crucible to try, and then to try again.”

Perhaps this message is one that might be worth considering wherever you are this year for Yamim Noraim.

Wishing you Shana Tova, and a year full of joy and blessings.