DO WE POSSESS FREE WILL? DOES IT MATTER? 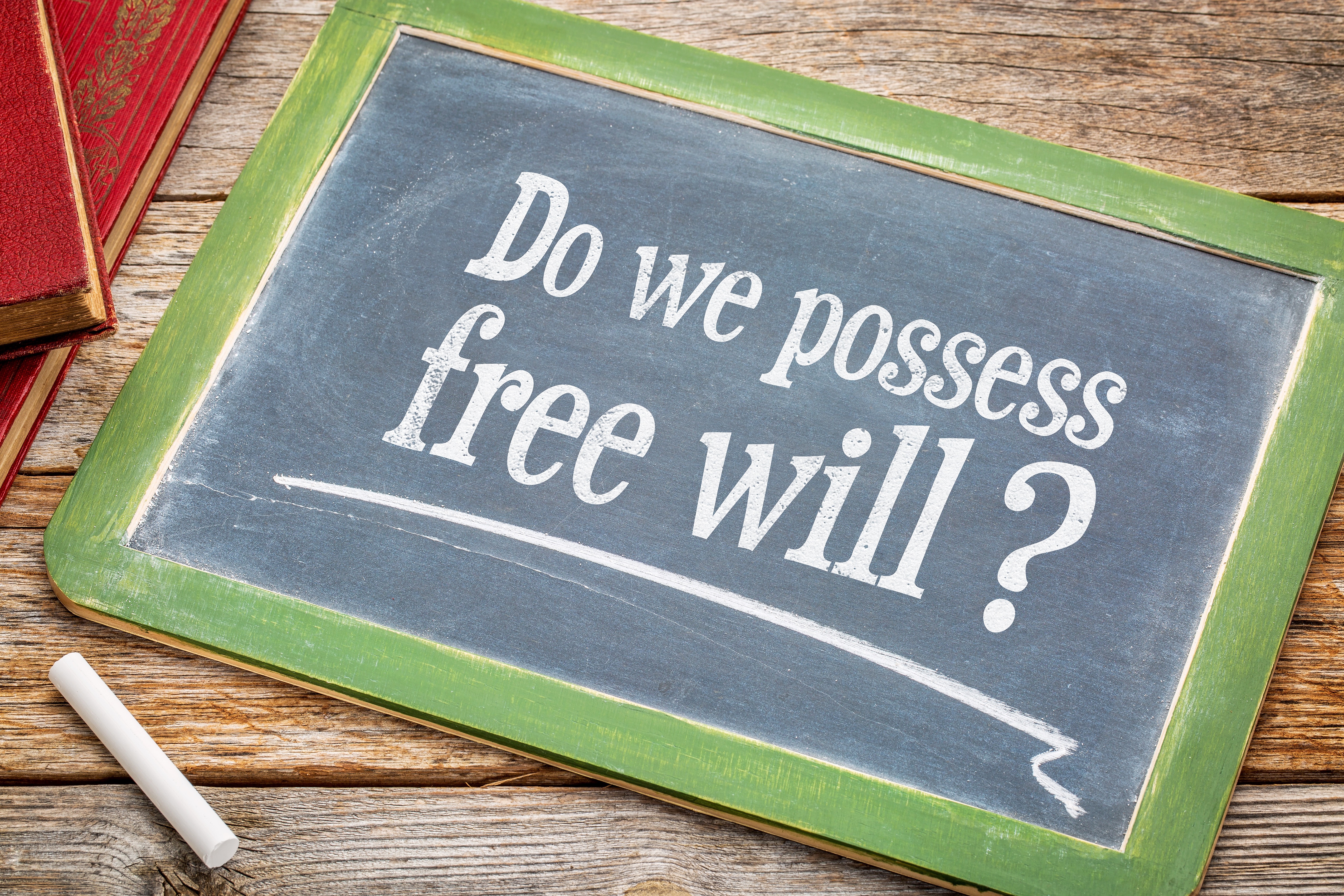 One of the major topics tackled by Greek philosophy is the existence or otherwise of free will.

Are human beings capable of making choices, or are their choices determined for them by forces beyond their control?

Thousands of years may have elapsed since the first Greek philosophers proposed this as a subject worth exploring, but we are no closer to a definitive answer than they were.

To the layman, it all appears quite obvious. We are constantly faced with countless choices as we engage with the world around us, and we instinctively believe that our choices are not determined in advance. After all, how is it possible for “determinism” to accurately forecast how we are going to behave or react in any given situation?

And yet, much of what we do is formulaic, based on personality, upbringing, experience, and a host of other factors, and if we were brutally honest, we could easily and accurately write the script of our lives in advance, down to the last detail.

So while we want to suppose that we are free to choose, and when we decide on a particular course of action, significant or otherwise, we pride ourselves on having made the right choice, a nagging subconscious voice undermines this perception, insisting that we are just preprogrammed robots whose autonomy is effectively nonexistent.

In a sentence dripping with irony, the celebrated twentieth-century British novelist and savant Aldous Huxley presented precisely this troubling dilemma as a paradigm case for free will: “A man may be a pessimistic determinist before lunch and an optimistic believer in the will’s freedom after it.”

In these few, well-chosen words Huxley highlights the paradox – is there any choice in choice, or is all choice actually an illusion?

Modern science has come down firmly on the side of determinism. Florida psychologist, Seth Schwartz, writing in Psychology Today, summarized the scientific community’s bias by means of a rhetorical question: “From a purely scientific perspective, how is it possible that anything can occur without having been caused by something else?” Namely, in order for choice to be truly free, it must be unencumbered by any cause, and this ideal simply does not correspond with the model of science we are all familiar with.

In the late nineteenth century, scientists and philosophers developed a worldview they called materialism, based on the idea that whatever exists is purely a consequence of atoms and molecules. Even consciousness and mental phenomena are just the result of neurological processes.

What started as a theory was eventually legitimized by a series of controversial experiments conducted in the 1980s by Benjamin Libet which appeared to prove unconscious brain activity connected to movement even before a person had consciously decided to move.

Neuroscience has widely adopted Libet’s conclusions, proposing that all human behavior is controlled by neurobiology, and the notion of free will is merely an illusion.

Harvard psychology professor Daniel Wegner, in his book The Illusion of Conscious Will, took this even further by arguing that people can even believe they are influencing events initiated and carried out by others, when it is patently evident that nothing they have done has made the slightest difference to the outcome.

Wegner based his thesis on a series of controlled experiments, and concluded that the existence of the free will illusion “helps us to appreciate and remember our authorship of the things our minds and bodies do.” Even if free will does not exist, “it serves as a guide to understanding ourselves and to developing a sense of responsibility and morality” – in other words, a useful tool for sentient, intelligent creatures.

Wegner’s work is based on an atheistic perspective that presumes a Darwinian need for free will as an effective human survival technique.

Another social psychologist, Roy Baumeister, has added yet another dimension, by proving that people who don’t believe in free choice are more likely to be socially irresponsible. In order for humans to reach their optimum, they must believe in free will, even if it doesn’t exist.

Notwithstanding its atheistic underpinning, it would appear that this modern perspective is congruent with Maimonides, and is also implied in the first verse of Re’eh.

In the fifth chapter of Hilchot Teshuva (Laws of Repentance), Maimonides puzzles over the seeming contradiction between free will and determinism. Although he associates determinism with divine foreknowledge, in practical terms this is just the same as the evolutionary determinism that underpins materialism.

In an answer remarkably reminiscent of Wegner and Baumeister, Maimonides proposes that free will exists for the benefit of humanity:

“Just as the Creator desired that fire and wind rise upward, and water and earth descend downward, that the heavenly spheres revolve in a circular orbit, and all the other creations of the world follow the nature which He desired for them, so too, He desired that man have free choice and be responsible for his deeds, without being pulled or forced. Rather, he, on his own initiative, with the knowledge which God has granted him, will do anything that man is able to do.”

Although God knows what we are going to do in advance, and even if our choices are predetermined by genes, or neuroscience, or any other factor, it is all irrelevant in the moment we choose to do something, because at that moment the choice is real, and we have total autonomy.

This idea is succinctly but clearly expressed in the first verse of Re’eh, in Moses’ introduction to the concept of choice in Judaism (Deut. 11:26): רְאֵה אָנֹכִי נֹתֵן לִפְנֵיכֶם הַיּוֹם בְּרָכָה וּקְלָלָה – “See, I set before you today a blessing and curse.”

The commentaries are all mystified by the word “see,” surely the wrong verb to use in relation to the intangible concepts of blessings and curses; and by the word “today,” which also seems oddly out of place, limiting what was said to when Moses said it.

In reality, Moses deliberately used these two words to convey the immediacy and actuality of choice.

In the here-and-now of any given situation, the choices one perceives are real, and, in the final analysis, that is all that matters.